Do you know the SANSHOU, Japanese pepper or have you had it before??:)

I tried cooking it last night as my first time!

I have really enjoyed my "country side cooking's journey" since we have moved to Doshi village by the way, for example,, I cooked "mountain (wild eatable) veggies" and "fresh bamboo shoots" in this spring:)

We had not been able to get those foodstuff as "fresh" from city side ..

Our neighbor has a SANSHOU tree and they gave peppers to us after harvest!

I made,, "Tsukudani" of the SANSHOU which is I think most popular cooking style of Japanese pepper in Japan.

2. Putting it in cold water 3 hours - 1 night, and better to change the water sometimes.

I did it 3 hours and changed the water 3 times,, (I "chotto" (a bit) regret that might be better to be done longer than 3 hours coz the cooked peppers have still super strong spicy taste after chewing it now..x( haha)

3. Boiling down in boiled sugar & soy sauce until the liquid has gone, taking around 15 minutes with small gas :)

The "Tsukudani" is boiling down in sugar and soy sauce normally ;)

But I normally don't use those so I boiled it down with 80 - 100ml water instead, sugar and soy sauce!

Many Japanese prefer to eat these kind of strong tasted items with rice which is just cooked simply..☆

But now, looks many people arrange it to pasta, for baked fishes,, etc..!

Thank you for reading and "ITADAKIMASU !!" ;) 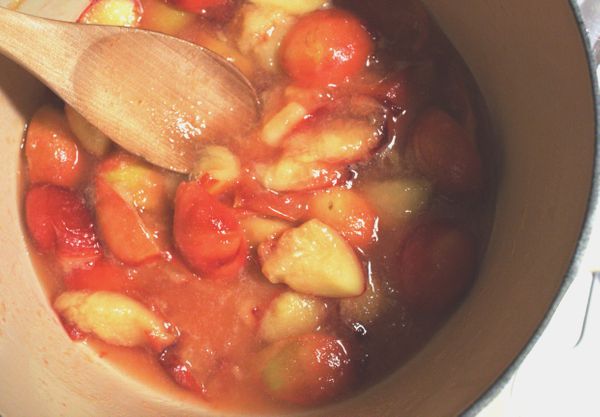